Austin Psychfest (www.austinpsychfest.com), founded in 2008, is an independent festival which has grown from a small word-of-mouth event to an internationally acclaimed, full weekend event that attracts attendees from all over the world. They’re purpose is bringing a “carefully curated selection of acts from around the world.” It’s one of the best and most respected psychedelic and noise rock festivals of it’s kind, and of course it’s in Austin Texas, so, well, yeah there’s that.

The 2015 lineup has stellar headliners as well as somewhat lesser-known creative artist types, sure to expose you to some new sonic directions. One of the most impressive feats is the reunion of the venerable 13th Floor Elevators – which if you’re not familiar with them, go get thee to YouTube and find out about these guys. The pretty much put psychedelic rock on the map far ahead of all the usual suspects you’ve heard of, and really deserve to be part of today’s conversation much more than they have been.

The festival is produced and curated by The Reverberation Appreciation Society, who also operate a record label, and a shop in East Austin called: RVRB RECORDS. 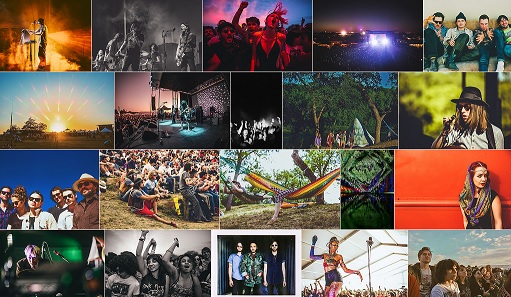 Soundcloud Mix with many of the acts