It’s official! Tidal, the new music streaming service now owned by Jay Z, is launching it’s own service into the streaming music wars. With some notable supporters in the music industry, Tidal is offering their service in two tiers –  standard and high-fidelity. The promise lies in higher quality, and perhaps bringing some celebrity music tastemakers to help create a sections featuring curated reading/listening lists and articles for that ever-elusive “music discovery” culture. This is supported by a somewhat unique inclusion of music videos, which helps further differentiate the service from music-listening-only competitors. 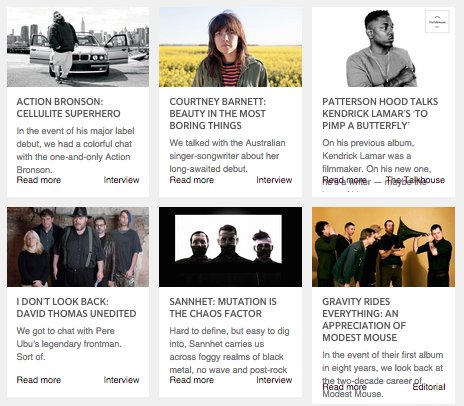 According to it’s own website, Tidal bills itself as “the first music streaming service that combines the best High Fidelity sound quality, High Definition music videos and expertly Curated Editorial.” Many folks, including us here at Freshtone, are excited at the prospect of getting higher quality audio from a streaming service, and Tidal seems to be filling this need better than the previous attempt by the great Neil Young and his Pono device. Pono was launched to much fanfare last year, but has not gotten much traction either in the press or with the public, with some reports out that frankly undermine their claims of higher auditory quality. They began with a device, however, whereas Tidal is strictly a streaming music service that offers higher bitrates than competitors like Spotify, Pandora, and the like.

TIDAL music can be streamed on the web through their web-based app, and also as a downloadable native app for both iOS and Android devices.

How does it sound? We think it’s noticeable, but do you think it’s worth it to you?