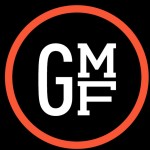 The Tampa Bay Gasparilla Music Festival 2015 brought out a full city of jams this weekend. Now in it’s 3rd year, this festival takes place downtown on the riverfront facing the beautiful University of Tampa with it’s Moroccan inspired architecture (yes, we’re big fans). Perfect place to groove with the Budos Band, and more….

The lineup this year was topped with the headlining cherry Modest Mouse, who played a great sounding show with a mix of old and new. And there were a lot more bands to choose from around the four stages that were available. Gaslight Anthem had a great set with cool visuals, seemed like everyone was appropriately starry-eyed by their set.

But maybe the biggest hits with the crowd seemed to be from some incredible performances by bands with horns. First up was Dumpstaphunk – the most recent collaboration with legendary Ivan Neville and his crew of talented funk and soul players. Making the rounds of tours over the last year or two, you can immediately tell they have their shit together. Songs we’ve heard before are even tighter after so many shows, but they add surprise by breaking off into exciting solos and side-jams in places you don’t expect. You can tell from their faces they are having a great time playing together, and the result shows it – people plainly appreciated hearing from some of the masters playing outside during this springtime music retreat.

The Budos Band (@BudosBand) then took the main stage by storm with their trademark mix of high energy with super groove beats. Their focus is on the perfect pairing of baritone sax with the trumpet on the front line (usually in unison),  played off the solid beats and fills of the hammond B3.

.@BudosBand slays the main stage @GasparillaMusic. Guy next to me wants to storm the VIP section. pic.twitter.com/jvRbEpDSar

Budos Band’s set took an expanse of material from their 4 albums, and sounded like a well rehearsed machine – staying true to the original recordings but adding bits of flair to keep it alive with the audience. Great springtime beer music, and the crowd was very responsive – more than a few converts to The Budos Band style happened, just by listening to the crowd talking between sets. 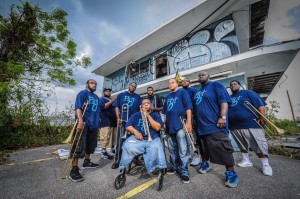 The Hot 8 Brass Band from New Orleans had another stand-out set on Sunday. These guys brought the spirit of the brass jam to life with tons of trombone and lots of energy – crowd loved them and the dance was infectious.

Local singer songwriter Geri-X had a hot and sweaty set on Sunday as well. Bringing her 3 piece band with her to this show, she played some newer material as well as arrangements from her collection of earlier album releases. The track “Work is the Wolf”, from her same-titled album, was a standout with strength and mysterious lyrics that keep the crowd thinking and thumping. She closed out her set with a dance-ish-friendly tow tapper “Kiss on Both Eyelids”, wining some new fans from the audience who weren’t already familiar with this local’s talented voice and songwriting skills. You’ll be hearing more from this artist in national media for sure.

Of course, Tampa and nearby St. Petersburg are on the forefront of the craft brew scene these days, and there was no shortage of beer that actually tastes great here. We didn’t see a single person drinking a Bud Light here – such a pleasure to see at a big festival where we’re usually limited to 3 kinds of industrial grade yellow water. Kudos to the festival organizers for knowing their audience and taking some pride.

See ya next year!