Star Wars: Princess Leia is a new Star Wars graphic comic miniseries that focuses on the story of the Princess. Marvel Comics is publishing these new gems, starting with Issue #1 released on March 4th 2015. The series will initially be just five issues, all written by Mark Waid (Daredevil, S.H.I.E.L.D.) and illustrated by Terry Dodson (Avengers & X-Men: Axis, Uncanny X-Men) .

The storyline has not been fully revealed, but we can give you the inside scoop on the parts we know. Looking for a female lead, Marvel hit on using Leia as the star of her own storyline. Read on, or watch the review above by Antoine Bandele. 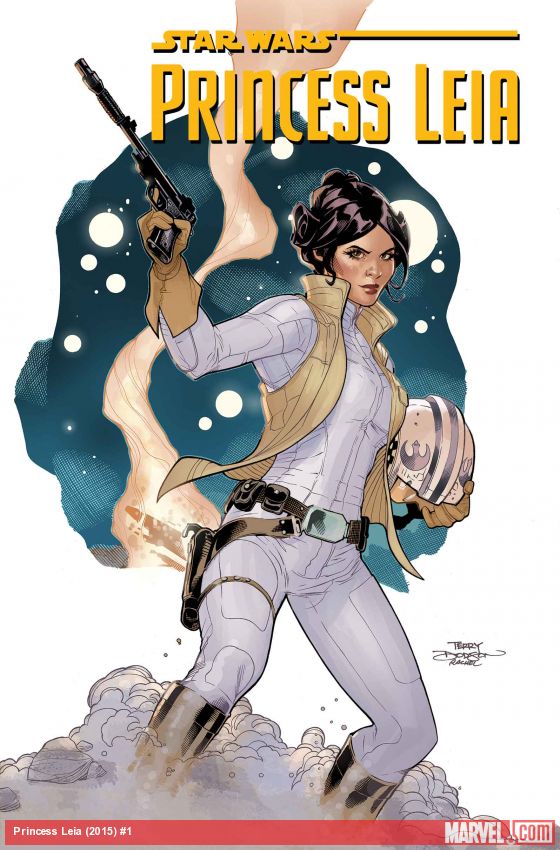 It will center on the character Leia Organa, and her life between the end of Star Wars: Episode IV A New Hope (the first movie, for us old timer fans in the know) and Star Wars: Episode V The Empire Strikes Back (second movie). The series deals with how Leia copes with the destruction of her home planet Alderaan, as she tries to find survivors of the Death Star attack that smashed the planet in front of her eyes and scattered remains across the galaxy. After the Empire captured her as a Rebel spy and used her to betray the Rebel Alliance, she was able to escape with the help of her own wits and a handy blaster. This doesn’t mean she escaped the feelings that wreak havoc on her soul from the event, but she does have a chance to regain her confidence and the upper hand. 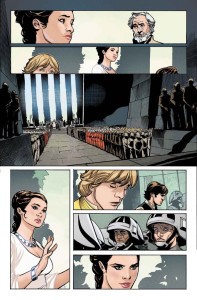 Issue #1 seems to start by taking her at her character’s low point, and should provide interesting concepts to work with. She’ll need to overcome dispair over the outcome, and through whatever trials and tribulations she must go through to rekindle the fight against the Empire. From the first issue, it’s clear that she’s the lead – none of the other characters from the movie are present, a choice likely made to ensure our heroine gets the full spotlight she deserves. To further that point, the writers have included some killer wardrobe options for her – which matches her on-screen ability to play with multiple looks. Yes, I’m talking about women’s clothes here, but hey, it’s LEIA and she would have wanted it this way.

Look for the Princess Leia comic 2015 issue #1 it in your local comic shop or record store (thank Asgard for them!), and let’s hear your thoughts below.

Screamin Jay Hawkins Put a Spell on You